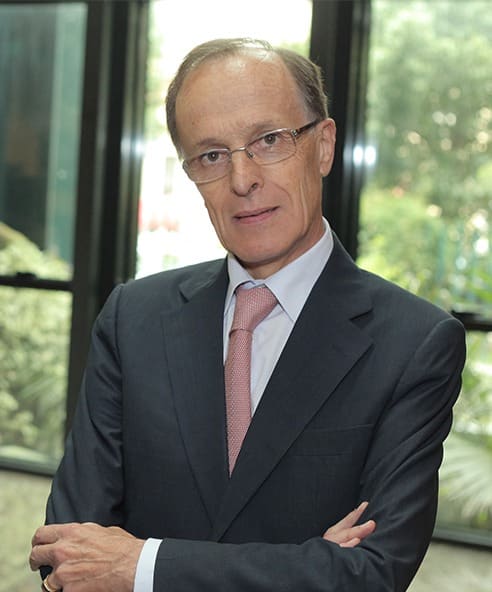 José Ramalho Fontes holds an Undergraduate degree in Mechanical Engineering from the Universidade do Porto (1971), attended the Doctoral Programme in “Philosophy of Human Actions and Organisational Management” at the Universidad de Navarra and was named Specialist in Industrial Engineering and Management by the College of Engineers. He was a Teaching Assistant at the Faculty of Engineering of the Universidade do Porto (1971-74) and a Visiting Professor at IST, Instituto Superior Técnico (1974-75). At AESE – School for Management and Business, he has been a professor since 1984 and Chair of the Department of Operations (1985-2010). He has also taught at IESE in Madrid and other B Schools.
At AESE, since its founding in 1980, he has promoted the school and served as a board member. After 12 years as Dean (2002-2014), he is now President of AESE Business School.
Among other specific projects, he has launched health and agribusiness programs at AESE, the Cátedra de Iniciativa Empresarial at the beginning of NAVES SCR – a venture capital society centred in Alumni business ventures. He developed a national project to further the competitiveness of the wine business ecosystem with research papers, case studies and events.
He was the inspiration behind the AESE Programmes in Angola and the launch of the EFMD on the development of business schools in Africa.
He is the author of several case studies in Operations, Environment and Innovation, published by AESE and used by various business schools.
He is a member of the Board at different companies and Foundations.

His interests include the following:
• Corporate and social innovation
• Automotive sector and media
• Anthropology

He enjoys cycling in his spare time.