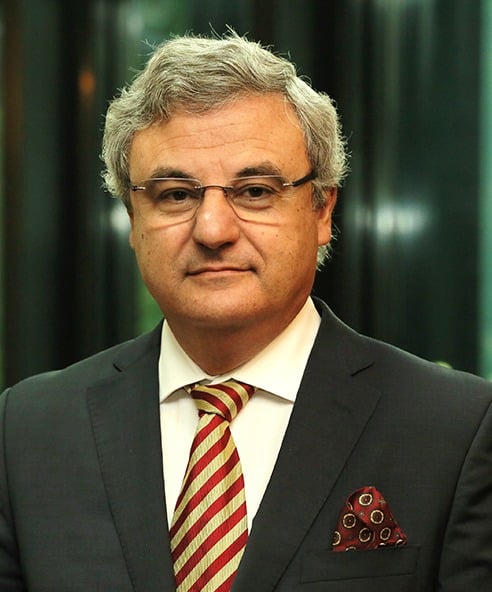 He has a degree in Business Administration and Management from Universidade Católica Portuguesa, having been for several years an assistant in the subjects of Accounting, Management Information Systems and Financial Mathematics, having more recently taught Internationalization Processes in several Executive Programs. He completed PADE at AESE, having previously completed several training courses at Portuguese and foreign universities, namely in the area of ​​Internationalization at IMD in Lausanne.

For 13 years he was Director of the Logoplaste group in Portugal, Spain, France, England, Germany and Brazil, having developed exploration activities in Switzerland, Austria, Holland, Belgium, Russia and Argentina. Assumed responsibility for the financial, commercial, human resources, information systems and international areas.

Since 2000 it has its own project of an art gallery based on new technologies – Private Gallery – which has carried out activities beyond Portugal in Macau and Dubai.

He has also worked as a consultant in several companies and was for several years a member of the board of a Social Center on a voluntary basis.

Since 2017 he has been a professor at AESE where he teaches in the area of ​​Company Policy and has also taught at ASM – Angola School of Management. He is the author of several case-studies published by AESE and of two books published by Editora Almedina “Manual of how to build the future in family businesses” and “A world waiting for us, manual of globalization”. He writes regularly in the Diário de Notícias.

He is married and the father of five children. Her hobbies are cooking and music.