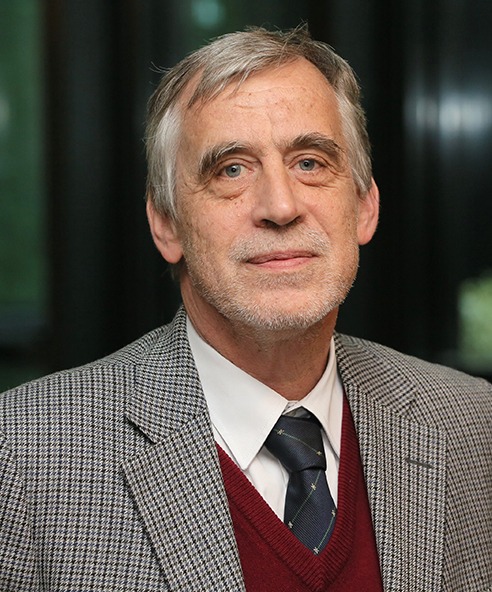 Pedro Ferro holds a degree in Economics (1976-1981) from the Universidade Católica Portuguesa, Lisbon. He holds a Master’s degree in Political Science (2006) from the Portuguese Catholic University and a PhD from the same institution with a thesis entitled “Political Virtue.” The figure of the Statesman from H. Mansfield (2017).

He completed the Executive MBA (1996-1997), from the Instituto Empresarial Portuense / ESADE, and a Post-Graduation in European Economics (1981-1982), from the Universidade Católica Portuguesa, Lisbon.

He is currently Director of PADE – Program of High Management of Companies, at AESE Business School, since 2002, and Professor at AESE in the area of ​​Company Policy. He has been practicing consulting services under a liberal regime since 2001.

Since 2009, he has been a lecturer at ISEC – Higher Institute of Education and Sciences and is the director of Marketing in the Master in Graphic Technologies.

He is a visiting professor at the Portuguese Catholic University. He also lectured at the Universidade Lusíada, at the Post-Graduation in Health Services Management (2010/2007); at the Lusíada University, as Assistant to the Marketing and Marketing Chairs II, in the Degree in Management (2001/2003), at the ISPA – Higher Institute of Applied Psychology, as Assistant to the Chairs of Introduction to Management and Advanced Management Topics, in the Master in Organizational Behavior (2001/2002); and also at the ISEC – Higher Institute of Education and Sciences, as Assistant of the Chair of Introduction to Economics and Management, in the Degree in Design and Graphic Production.

From 1982 to 1983, he was a Technician from the Office of Economic Studies and the Office of European Studies at the Confederation of Commerce. From 1983 to 1986, he was Economist of the Technical Office of the Commercial Direction of Porto, in the Portuguese Predial Credit. From 1986 to 1989, he was a Technician at the Business Marketing Department at Banco Comercial Português, where he was appointed as Director from 1989 to 2001.